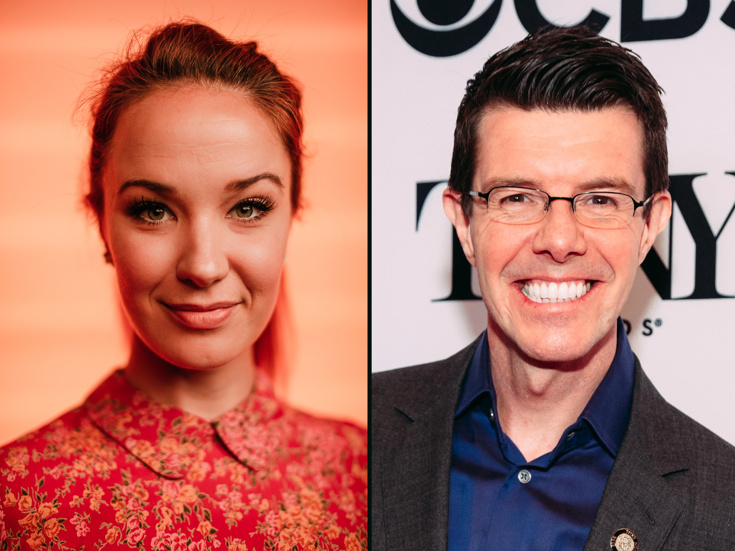 Here’s a quick roundup of stories you might have missed today.

Sierra Boggess & Gavin Lee to Star in Mr. Magoo’s Christmas Carol Benefit
A talented group of stage stars have signed on to appear in an upcoming Actors Fund benefit performance of Jule Styne and Bob Merrill’s Mr. Magoo’s Christmas Carol. Carl Andress will direct the event, set to play the Gerald W. Lynch Theater at John Jay College on December 16 at 7:30pm. The cast will include Sierra Boggess as Belle, Gavin Lee as Mr. Magoo/Ebenezer Scrooge, Claybourne Elder as Bob Crachit, Kyle Selig as Young Ebenezer, Matthew Scott as Fred, Michael Potts as Jacob Marley, Don Darryl Rivera as the Ghost of Christmas Past, Frederic Odgaard as the Ghost of Christmas Yet to Come, Klea Blackhurst as the Charwoman, Jennifer Cody as the Laundress, Jeff Blumenkrantz as the Undertaker, Stephen DeRosa as The Old Man and Jeff Hiller as The Director. Additional casting will be announced soon.

New Musical Other World from

Team to Make World Premiere in 2020
Bucks County Playhouse has announced the world premiere production of the new musical Other World, arriving at the New Hope, PA theater next spring. Adrienne Campbell-Holt will direct the new tuner, set to begin previews on March 13, 2020 and officially open on March 28. Featuring a book by Tony nominee Hunter Bell and a score by his

collaborator Jeff Bowen and Ann McNamee, Other World follows Sri and Lorraine, who are magically and unexpectedly transported into Sri’s favorite video game, “Other World.” Now trapped in a fantastical game universe, this unlikely pair must work together, discover their hidden inner strengths and connect with other gamers to find their way home. The production will feature choreography by Karla Puno Garcia.

Please note: The Gerald W. Lynch Theater does not operate a box office. If you are interested in buying tickets for a show, please visit the website for the event.